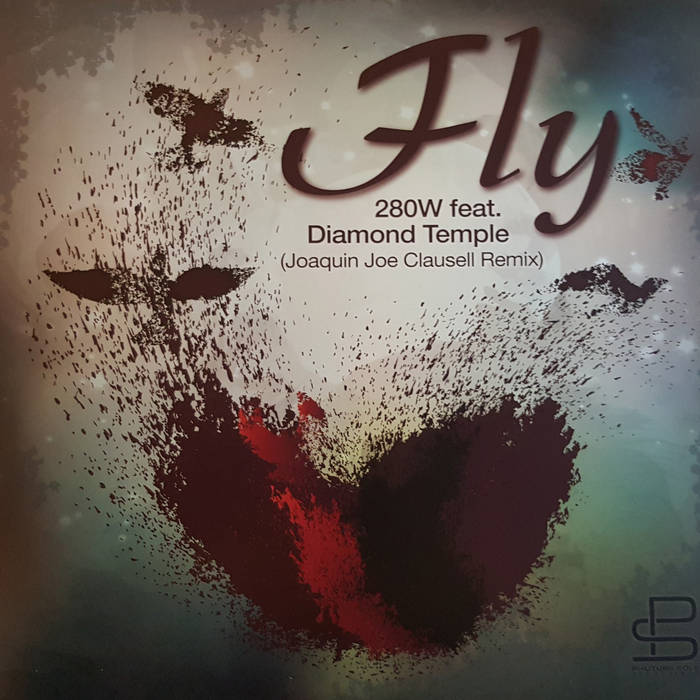 280 West Featuring: Diamond Temple Fly
The wait is over.

The highly anticipated Joaquin 'joe' Claussel remixes will be out on vinyl January 26th.

When I started Phuture Sole Recordings, my mission was to release music that I considered to be timeless. I haven’t released any music for some time now; however, due to the re-emergence of vinyl records, I thought it was time to get back to doing something I really love…putting out good music! I started going through my music catalog and found the original mix of “Fly” by 280 West feat. Diamond Temple. Listening to “Fly”, I was immediately reminded of what I felt was missing in today’s dance music, especially when it comes to the lack of live instrumentation and songs that reflect the times and are emotional in delivery. I thought what better way would there be but to re-emerge not only with this fantastic song performed by the incredible voice of Diamond Temple and 280 West, thus “Fly” was chosen.
Additionally, I felt that it was necessary to re-introduce “Fly” with a remix, I pondered for a moment, “Who could do the most justice to this already dope song; as well as, blessing me with a good foundation for my label to stand on…that would bring to life my new vision for Phuture Soul Recordings moving forward?” In a split second, the name Joaquin Joe Claussell came to mind. Not only because I was aware that Joaquin was a great supporter of the original, because I knew that I would be receiving something that would be created from a place of a sincere love for music, but the production would be unique and timeless.
The result was more than I expected; however, I wasn’t surprised at all. I knew his repertoire of work was always of the highest, professional quality…in one word, DOPE! Joe is known for his epic, storytelling productions, and here with “Fly”, he created yet another “epic” masterpiece. It is a magnificent musical journey connecting different genres of rhythms while merging them uniquely into one splendid yet distinctive composition. It is a dance record, but a dance record that you can listen to.
To conclude, Joaquin Joe Claussell has not only given me a production that I’m very pleased with, but this suggests the direction where Phuture Sole Recordings is headed. Going to whatever lengths necessary to produce and release that is saying something.
I personally want to extend my sincerest and warm-hearted gratitude to Mark Mendoza, Diamond Temple and Rob “Da Noise” Temple. The music is not the same without brothers! I love you.