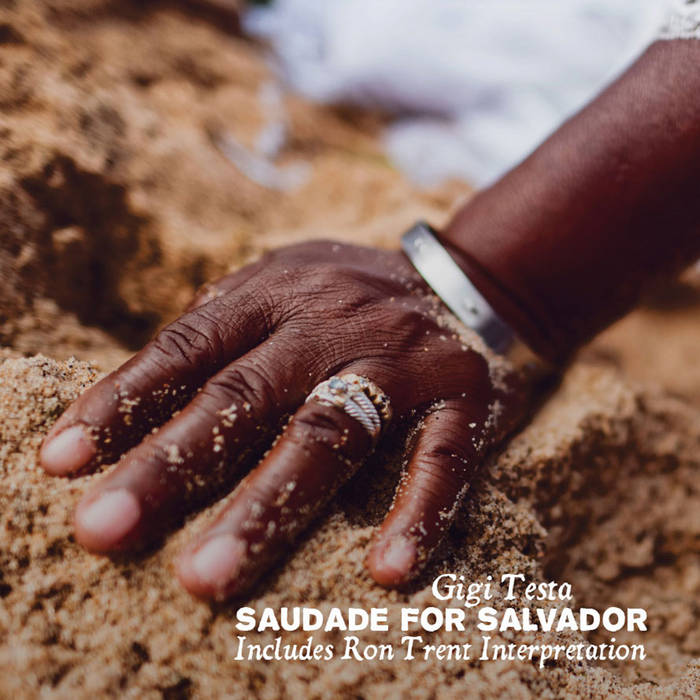 Coming from emotional deep story,Saudade For Salvador marks number 10 release for World Peace Music which is nothing but something for this kind of release.

Inspired by Salvador Bahia and its beautiful culture this composition is also an extension of a beautiful spirit which doesn’t live on this planet anymore and it’s resting now in another dimension.Exploring Salvadorian rhythms and sounds

Gigi Testa has given birth to another deep organic music journey focused on the afro-brazilian tradition manipulating live instruments and electronic machines with respect.The result is a melodic storytelling with a powerful samba imprint.

“Spirit is Strong!" thats what Ron Trent exclaimed when he started to work on the track.The connection between Ron Trent and Gigi Testa was establish in 2013 Ron was one of the mentors which inspired Gigi's music journey ,They shared memorable nights djing together between Naples and Chicago.As brothers in rhythm there was no doubt Ron Trent was going to put all his magic into this deep music story named Romantic Flight Interpretation

This composition is dedicated to my beloved Asia shining her light somewhere in the universe,I wanna say thank you to my family mother father sister my rocks!, to my love Stefania in tears listening to Saudade For Salavador for the first time,to my brother and partner in crime Raffaele companion of many life adventures,to Basic/Neuhm family Luca Gianni Ilario Nello Rino Anastasia,Marika and the whole team,Every record i create is always tested at Basic Soundsystem first,to dope djs Fabrizio Fattore and Davide D’amico,Kamati Pinkston long time friend,Josh Milan (he knows the real story) and to all the people who was directly or indirectly involved into this project.Least but not last to my brother Joaquin Claussell who mentored me since my teenage years and always encouraged me to push myself more and more into the Music. THANK YOU ALL I LOVE YOU !

Drums,Shekere,Pandeiro,Berimbau,Cuica,Whistles,Shakers,Agogo,Surdo performed and recorded by Gigi Testa at Home studio

Bass,Rhodes,Flute,Strings and Keyboards performed and recorded by Paolo Convertito at LK studios

Synths,guitars and voice performed and recorded by Gigi Testa at Home studio

Written, Produced and Performed by Ron Trent,Recorded in Chicago at EBS1 studio

If you like World Peace Music Presents: Gigi Testa " Saudade for Salvador " 12" New Vinyl Release. SLEEVED IN STANDARD ATYPICAL DOPENESS JACKET., you may also like: