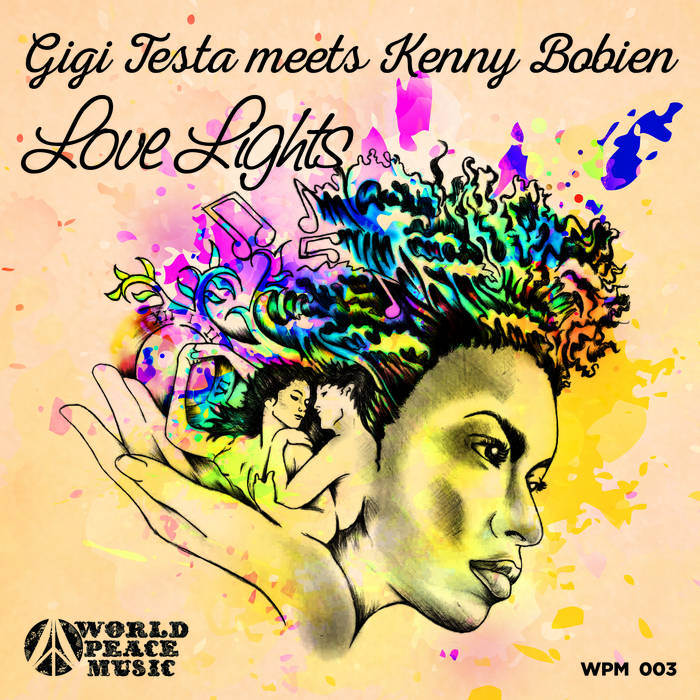 "Love Lights" is the first single out on World Peace Music 12" release
After "Chango Chant" GIgi Testa is back to share his love to the world
Gigi wrote part of lyrics along with the incredible Kenny Bobien focused on the this "Transition Era" trying to catch the attention of the entire humanity which is loosing the real love for the simple things.
Kenny Bobien doesn't need presentation; he comes from the gospel world where real love is still alive,that inspired Gigi to melt his afro-latin-jazz music contaminations with Kenny's world to create this powerful song.

World Peace Music comes from the concept of world music, namely a deep approach to music, without any restriction or categories.

It concerns an absolute opening, both, mental and physical, towards all categories, from past to present generated by it.

WPM’s main purpose is to connect both music and culture from all around the world in one universal language, both of them have always conditioned our life over the years.